The Cooler Lumpur Festival returns for its fifth instalment and invites you to inscribe your Notes from the Future.

KUALA LUMPUR – Southeast Asia’s first and only festival of ideas, The Cooler Lumpur Festival, will be returning with its fifth edition – Notes from the Future – at its home ground Publika, Solaris Dutamas from 17 to 20 August 2017. The KL-centric festival that adopts specific themes each year, aims to offer a new perspective to its audience this year by exploring the social, political, technological, and cultural ideas of our present time and tell the story of our collective futures. 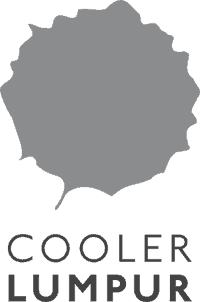 “This year at the festival, we look to exploring a future we imagined decades ago becoming a reality in our lifetimes. We need to evolve mentally and emotionally as a society so we can embrace what’s to come. Together with our partners, we will delve into the human relationship with nature, technology, and among each other, seek ways to harness the potential of an increasingly heterogeneous population, while remain deeply rooted into what makes us human,” said The Cooler Lumpur Festival co-founder and Executive Creative Director, Hardesh Singh.

Hardesh added, “We are excited to be running the festival for its fifth consecutive year and we are thankful for the overwhelming support we have received from our partners and the public over the years. Once again, we will be joining forces with our steadfast literary partner British Council Malaysia, who has supported us from the very beginning. We would also like to welcome Green Future Malaysia and Astro as our latest key partners to The Cooler Lumpur Festival.”

In times of mass consumption by an ever-growing population, the festival, together with the Ministry, aims to harness the collective energy from social voices to inspire change towards a green future creating a #MyButterflyEffect about future energy from Malaysia.

“Going green begins with the right mind-set. We believe that a relatively small nation like Malaysia can inspire big changes in green growth on a global scale because, after all, green growth is in our nature. It is this belief that sets green growth in motion, and ultimately leads us to Power Green Growth for the world from Malaysia. In this regard, we are excited to be bringing the green growth conversation live from EXPO 2017 to this year’s The Cooler Lumpur Festival in the hope of inspiring a butterfly effect emanating from Malaysia,” commented Datuk Loo Took Gee, Advisor to the Minister of Energy, Green Technology and Water cum Deputy Commissioner of the Malaysia Pavilion at EXPO 2017.

Making its debut is ‘Episodes’, a brand new platform exclusive to The Cooler Lumpur Festival. Partnered by Astro, ‘Episodes’ aims to champion visual storytelling in all its formats – film, photography, animation, social media, and even e-gaming. Catering to both emerging and professional content creators, ‘Episodes’ aspires to bring different talents together to spur growth in the industry through thought leadership, capacity building, content development, and nation building.

“This year, we are excited to be co-presenting this platform in partnership with The Cooler Lumpur Festival to discover new up-and-coming visual story tellers. Anyone with an idea is invited to ‘Episodes’, to exchange knowledge and we will also share the art of storytelling via panel discussions, workshops, and screenings,” said Henry Tan, Chief Operating Officer of Astro.

A returning partner to The Cooler Lumpur Festival, the British Council in Malaysia have been strong supporters of the literary segment of the festival, bringing in top writers from the UK to participate in panels as well as to conduct workshops. “Once again we’d like to express how incredibly proud we are of our partnership with The Cooler Lumpur Festival. With the festival now in its fifth year, the British Council will continue to present the best of UK talent and dynamic literary minds in pursuit of strengthening and contributing to the development of creative thought and innovation of expression. We believe that creativity and the Arts are key ingredients in helping to imagine a safer and more inclusive society and I look forward to reflecting with audiences on these ‘notes from the future’,” said Sarah Deverall, Director of the British Council Malaysia.

The festival also welcomes previous partners, BMW Malaysia, Goethe-Institut, the United States Embassy in Kuala Lumpur. BMW will continue to provide official festival cars and weigh in on the future of mobility and how technology has a part to play in shaping the auto-industry. Both Goethe-Institut and the U.S. Embassy are providing their support by flying in renowned speakers and thinkers from their respective home countries. We also welcome back TBWA\Kuala Lumpur as a content partner.

The festival will play host to an impressive speaker line up of celebrated international names such as:

Joining the international speakers will be a number of local movers and shakers such as:

Other than selected workshops, the festival is free of charge and largely open to participants of all ages from all walks of life.